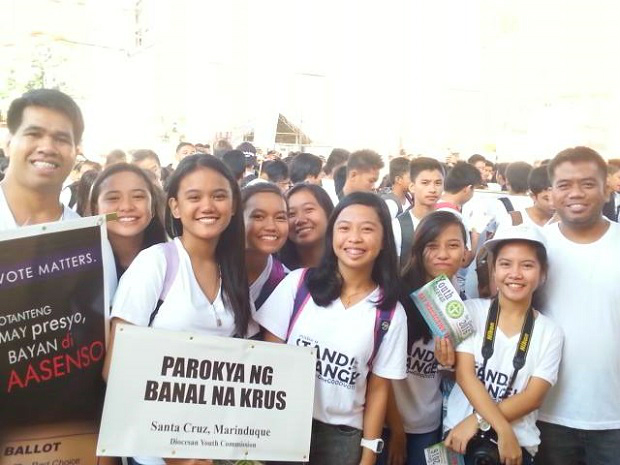 “Make a stand! Be the change! One good vote.”

The Youth Caravan was held successfully today. Almost one thousand and five hundred youth from the fourteen parishes in the Diocese of Boac gathered at Mogpog Covered court to convey to all the clear message which is to uphold a CLEAN, HONEST and PEACEFUL election. Wala ng magpapabola, mansasamantala, magpapabili ng boto at manyuyurak sa dangal lalo na ng mahihirap. 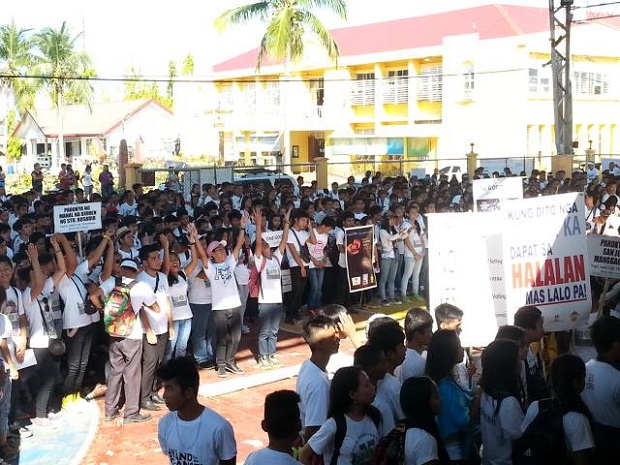 To start the day’s activity, a concelebrated Mass was held, officiated by Fr. Allan Malapad and he was joined mostly by the young clergy. 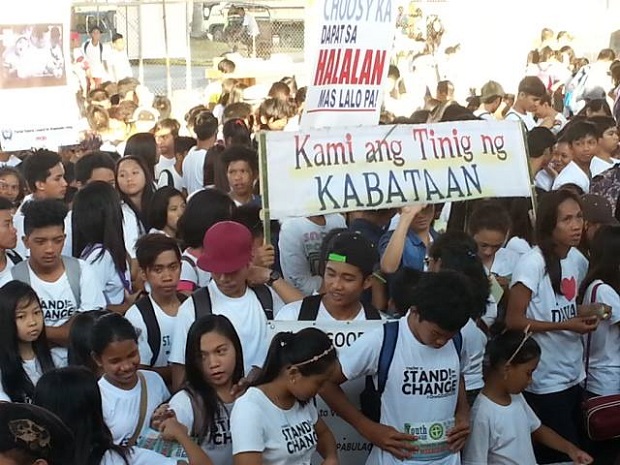 All the participating youth toured around the major streets of the six towns of Marinduque (particular in the market) during the whole day. They carried streamers and placards with them, gave leaflets to the people as a sort of guiding principles during the election. 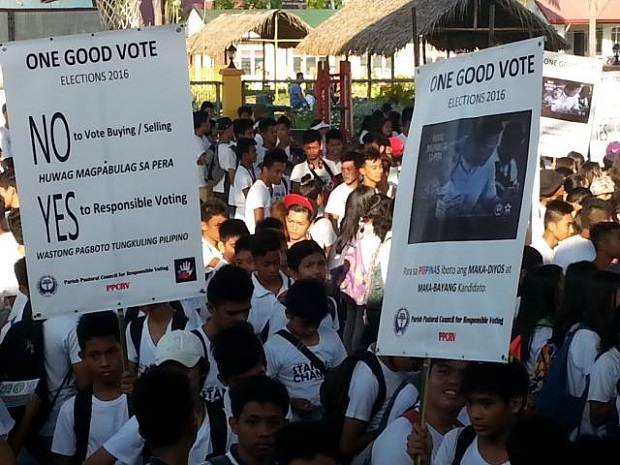 May the call of the youth of the province of Marinduque be heard and considered by the voters. 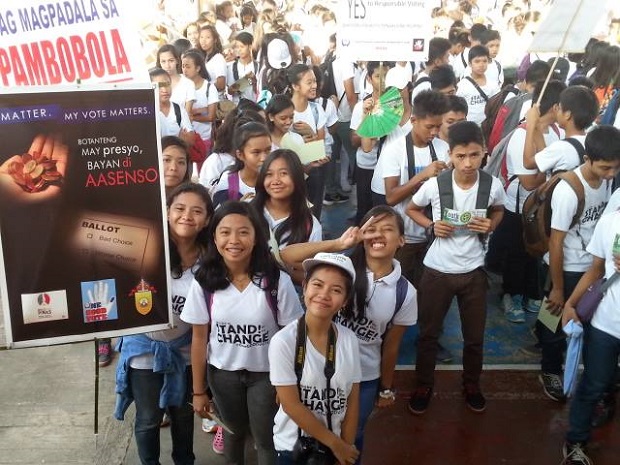