TORRIJOS, Marinduque – Today, July 31, the town of Torrijos in Marinduque province is celebrating the feast day of its patron saint, Ignatius of Loyola.

St. Ignatius of Loyola was a Spanish knight from the local Basque noble family, hermit, priest since 1537, and theologian, who founded the Society of Jesus (Jesuits) and, on April 19, 1541, became its first Superior General. Ignatius emerged as a religious leader during the Counter Reformation. Loyola’s devotion to the Catholic Church was characterized by absolute obedience to the Pope. 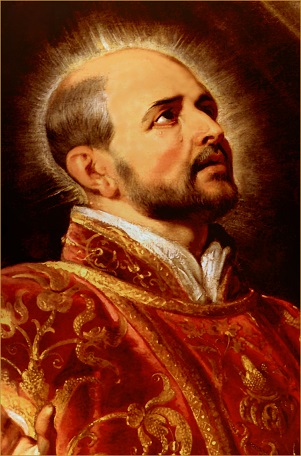 Prayer of St. Ignatius of Loyola

Dear Lord,
teach me to be generous,
teach me to serve You as you deserve,
to give and not to count the cost,
to fight and not to heed the wounds,
to toil and not to seek for rest,
to labor and not to ask for reward,
save that knowing I am doing Your will.

Source and courtesy: Text from Wikipedia