Here is the program: 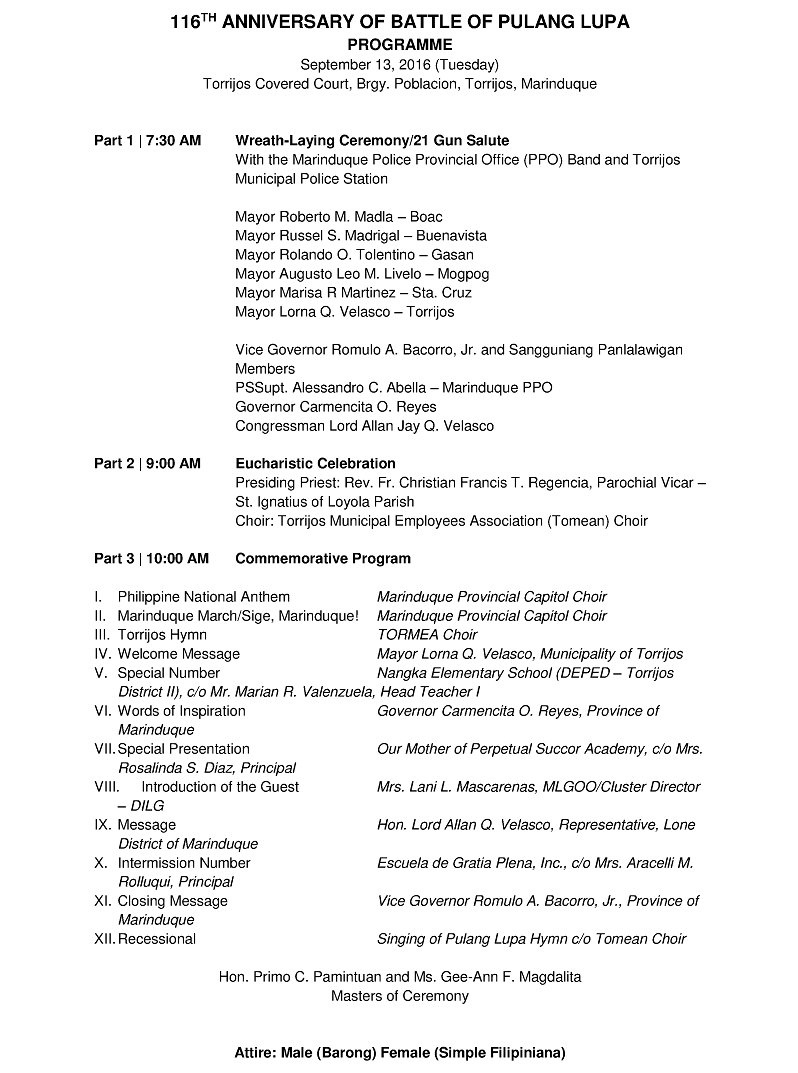 You may download the PDF copy of the program here, 116th-Anniversary-of-Battle-of-Pulang-Lupa.